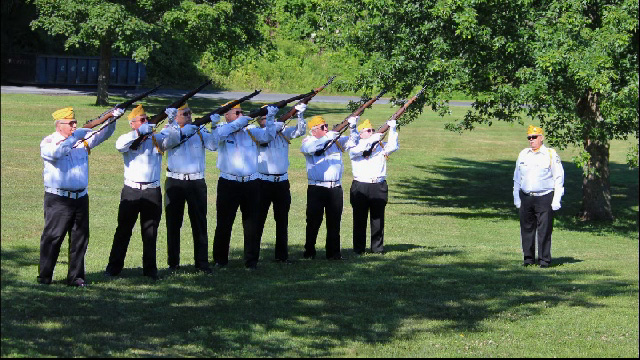 At military funerals, one often sees three volleys of shots fired in honor of the deceased veteran. It is often mistaken by the laymen as a 21-gun salute, although it is different. In the military, a “gun” is a large-caliber weapon. The three volleys are fired from “rifles,” not “guns.”

At the Saratoga National Cemetery, all military funeral honors include a 3-volley salute. The rifle detail is generally made up of a team of seven each firing three shots – thus the association to the “21-Gun Salute”.

The three volleys come from an old battlefield custom. The two warring sides would cease hostilities to clear their dead from the battlefield, and the firing of three volleys meant that the dead had been properly cared for and the side was ready to resume the battle.