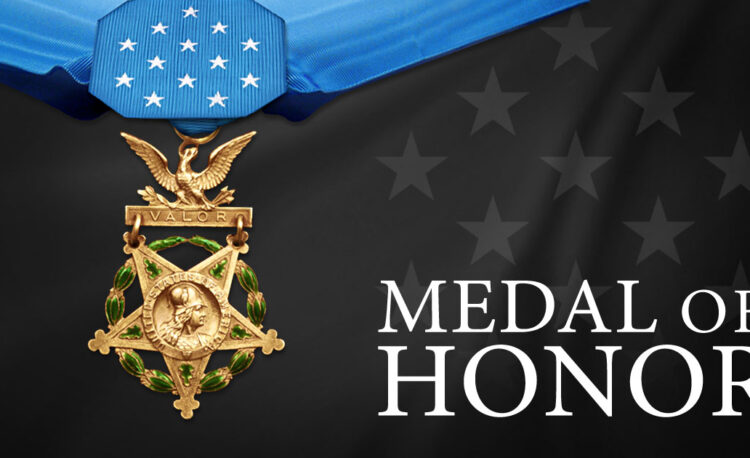 Wright joined the Army from his birth city of Moriah, New York, and by May 2, 1967 was serving as a Specialist Four in Company A of the 3d Battalion, 60th Infantry Regiment, 9th Infantry Division. On that day, in Ap Bac Zone, Republic of Vietnam, Wright and fellow soldier Sergeant Leonard B. Keller stormed a series of enemy bunkers which were firing on their unit. For their actions, both Wright and Keller were awarded the Medal of Honor. 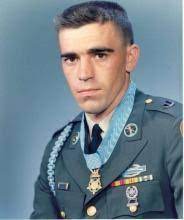 For conspicuous gallantry and intrepidity at the risk of his life above and beyond the call of duty. While serving as a rifleman with Company A, Sp4 Wright distinguished himself during a combat patrol in an area where an enemy ambush had occurred earlier. Sp4 Wright’s unit suddenly came under intense automatic weapons and small-arms fire from an enemy bunker system protected by numerous snipers in nearby trees. Despite the heavy enemy fire, Sp4 Wright and another soldier leaped to the top of a dike to assault the position. Armed with a rifle and several grenades, he and his comrade exposed themselves to intense fire from the bunkers as they charged the nearest one. Sp4 Wright raced to the bunker, threw in a grenade, killing its occupant. The 2 soldiers then ran through a hail of fire to the second bunker. While his comrade covered him with his machinegun, Sp4 Wright charged the bunker and succeeded in killing its occupant with a grenade. A third bunker contained an automatic rifleman who had pinned down much of the friendly platoon. While his comrade again covered him with machinegun fire, Sp4 Wright charged in and killed the enemy rifleman with a grenade. The 2 soldiers worked their way through the remaining bunkers, knocking out 4 of them. Throughout their furious assault, Sp4 Wright and his comrade had been almost continuously exposed to intense sniper fire from the treeline as the enemy desperately sought to stop their attack. Overcoming stubborn resistance from the bunker system, the men advanced into the treeline forcing the snipers to retreat, giving immediate chase, and driving the enemy away from the friendly unit so that it advanced across the open area without further casualty. When his ammunition was exhausted, Sp4 Wright returned to his unit to assist in the evacuation of the wounded. This 2-man assault had driven an enemy platoon from a well prepared position, accounted for numerous enemy casualties, and averted further friendly casualties. Sp4 Wright’s extraordinary heroism, courage, and indomitable fighting spirit saved the lives of many of his comrades and inflicted serious damage on the enemy. His acts were in keeping with the highest traditions of the military service and reflect great credit upon himself and the U.S. Army.[1][7]