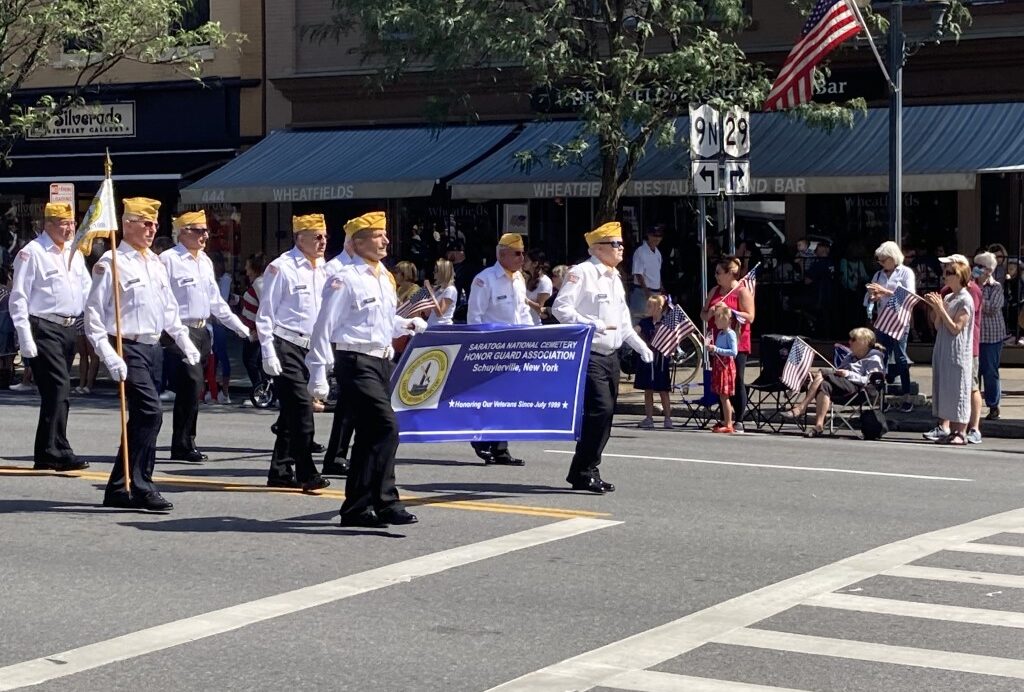 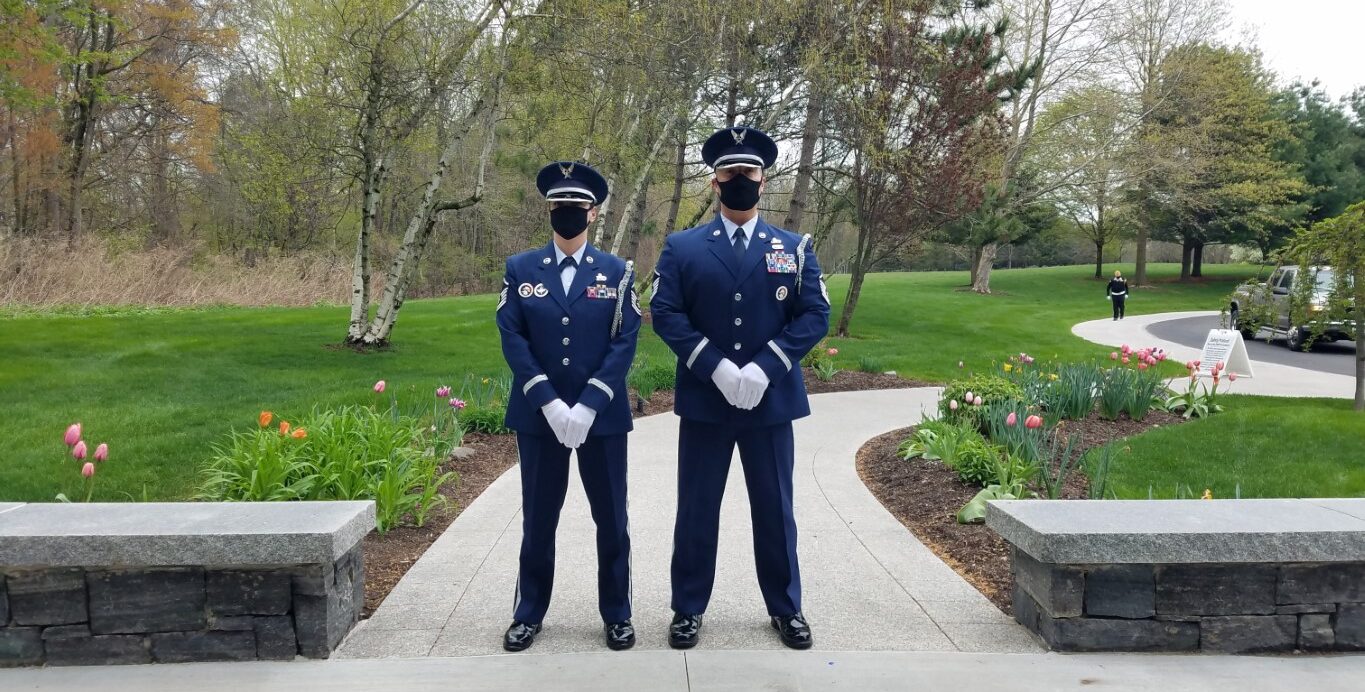 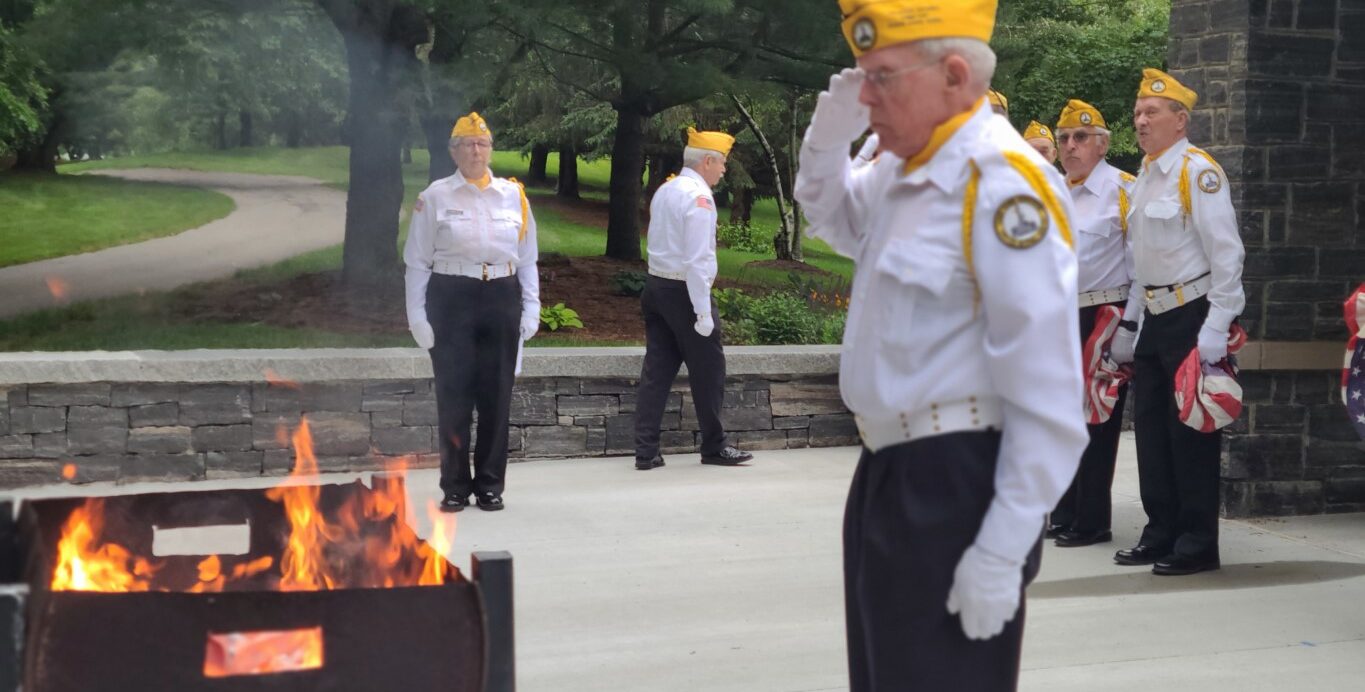 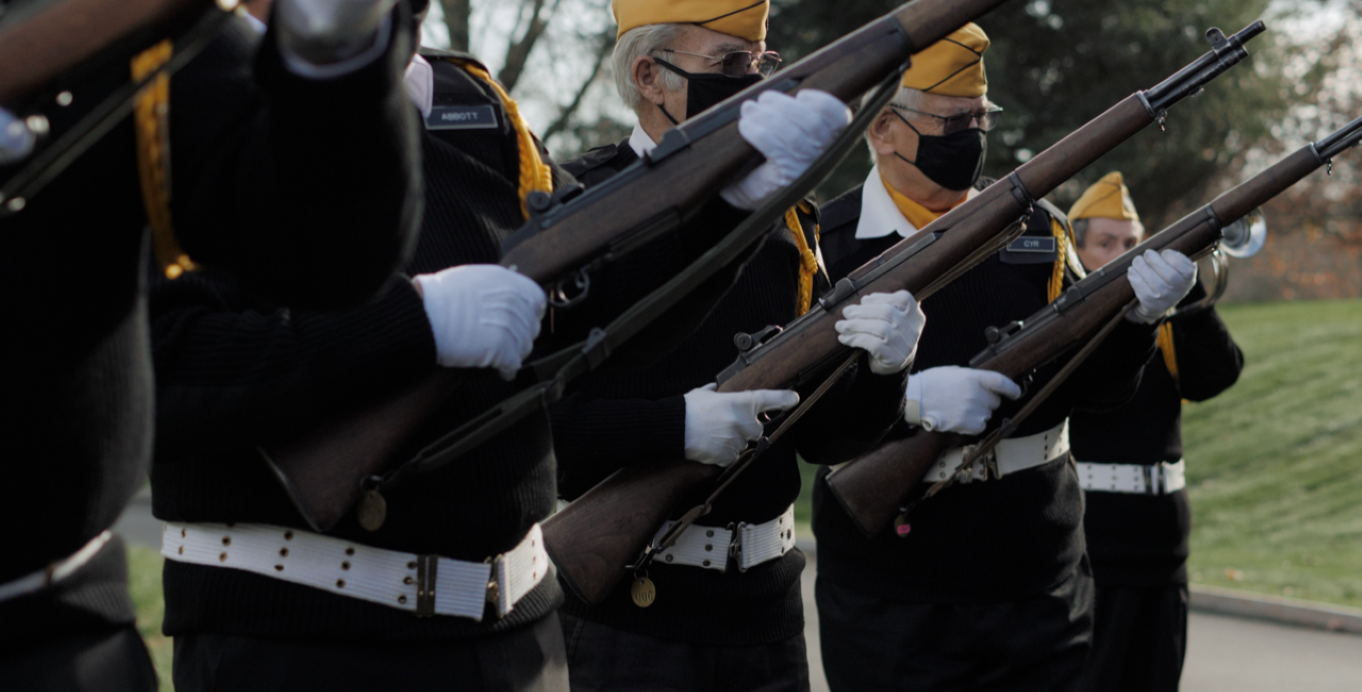 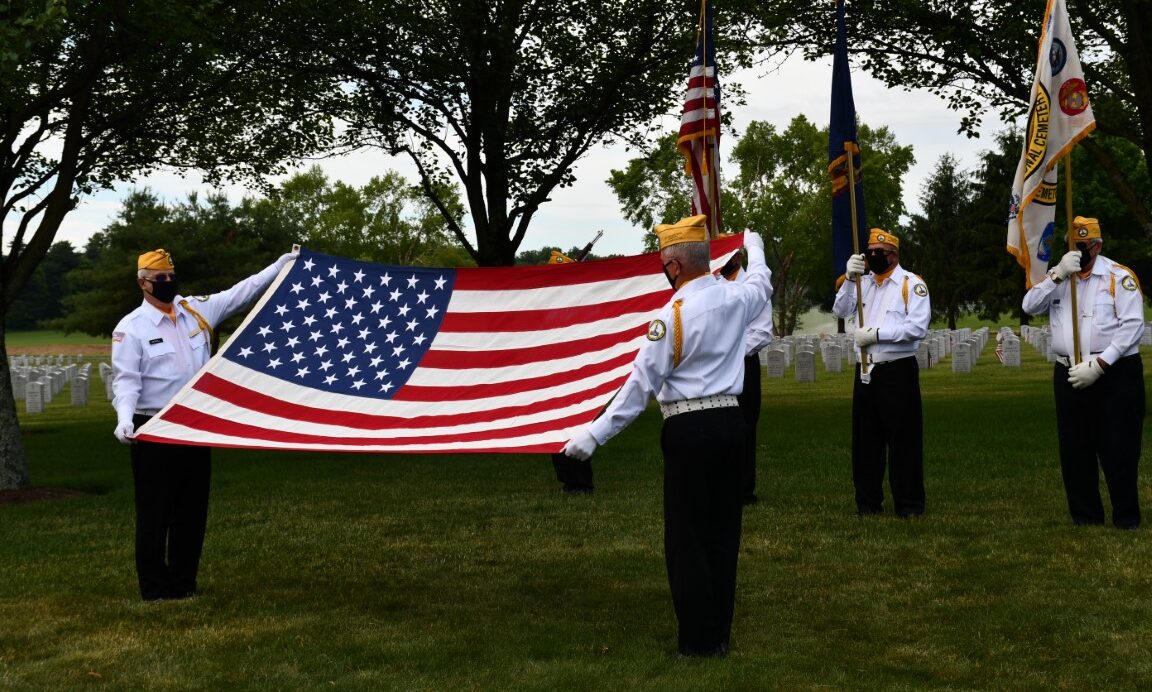 Information of interest for and about the Honor Guard Association

Susie Belanger, (wife of Tuesday Squad taps leader – Ernie), is retiring after 20 years of volunteer service from her … 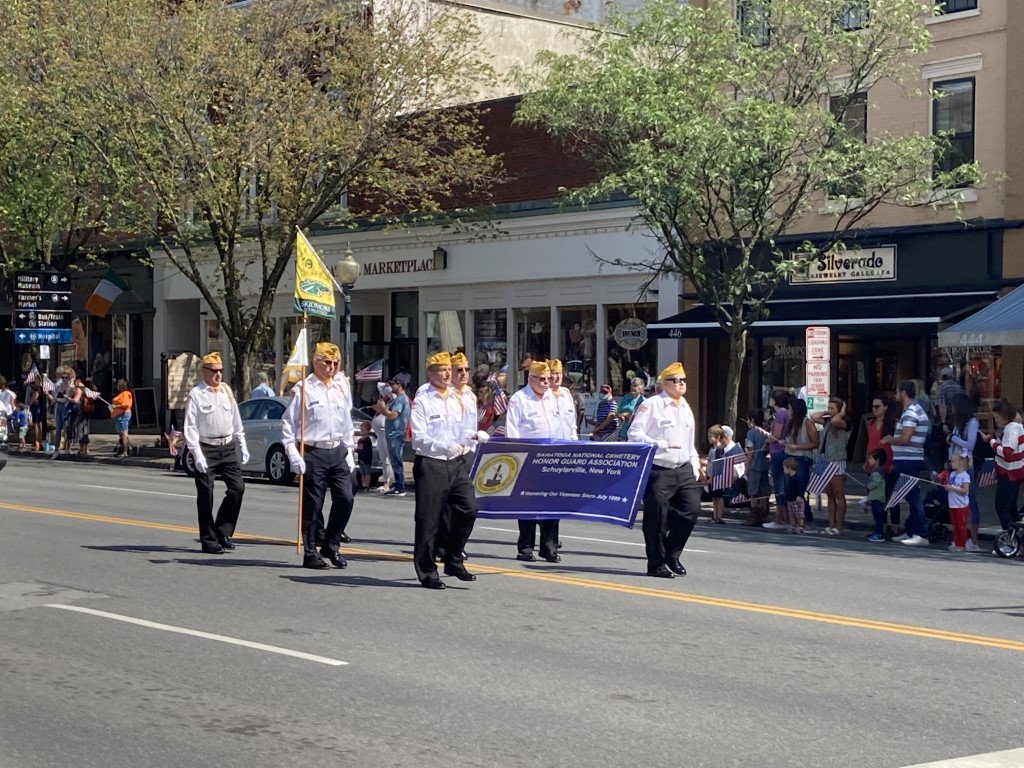 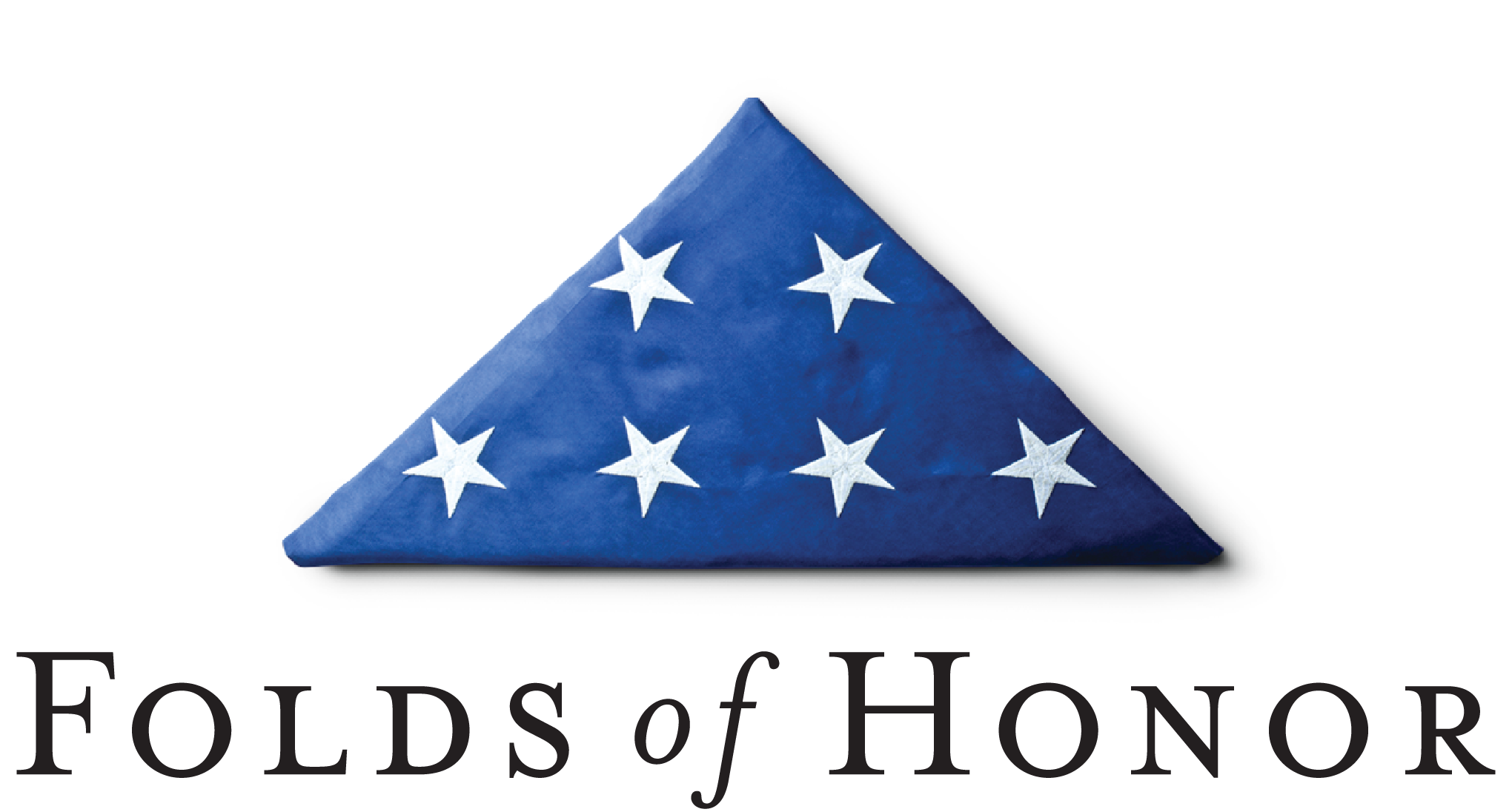 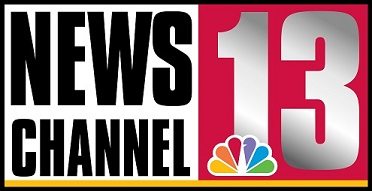 SCHUYLERVILLE – Kerry Lawson honored this nation by serving in the Air Force. Now she is honoring those taking... 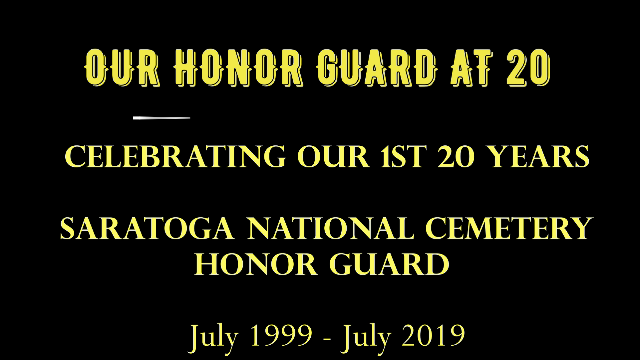 In 2019, the HGA celebrated it's 20th anniversary. The following video represents those highlights and was created...

We are grateful for the continued support of our community through their generous involvement.

The American Legion Old Saratoga #278 is home to our monthly general membership meetings. We are grateful for the continued support and encourage all veterans to support them too! They are located at 6 Clancy St., Schuylerville, NY 12871. 518-695-3011

American Legion Post 1450 located in Clifton Park, New York has been host to many of our meetings for several years. We appreciate their support.

Cudney’s Cleaner provides free uniform dry cleaning for all our members. Thank you to Cudney’s for this generous donation. They have several locations throughout Saratoga County. 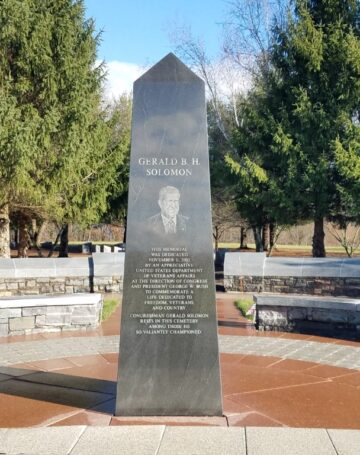 More than 1.4 million veterans live in New York and more than 225,000 reside in the Albany/Saratoga area. The first phase of construction, encompassing 60 acres of the 351-acre cemetery, included 5,000 gravesites, 2,000 lawn crypts, 1,500 columbaria niches and 700 garden niches for cremated remains. At full capacity, Solomon-Saratoga can provide burial space for 175,500 veterans and eligible dependents.

On Jan. 24, 2002, President George W. Bush signed legislation renaming Saratoga National Cemetery as the Gerald B. H. Solomon Saratoga National Cemetery. Congressman Solomon was known as the champion of veterans’ causes. Among his accomplishments, he spearheaded the effort to create the cabinet-level Department of Veterans Affairs and successfully led a drive to establish the national cemetery in which he is now interred.

Monuments and Memorials
The ship’s bell from the USS Saratoga, CV-3, was installed as a memorial at the cemetery in 1999. The USS Saratoga was launched in 1925 and spent 20 years at sea, including action during World War II. It was taken out of service and destroyed in 1946. New York Congressman Dean P. Taylor requested the bell in 1946. It was first displayed at Saratoga Spring’s Veterans of Foreign Wars (VFW) Memorial Home, dedicated on Veteran’s Day in 1949. The bell was later restored and permanently mounted at the Gerald B.H. Solomon Saratoga National Cemetery.

An American gray granite memorial was erected in 2001 to honor veterans from Saratoga County, N.Y. The monument features two granite slabs inscribed with approximately 980 names of individuals who gave their lives for their country. A granite obelisk is at the forefront of the monument.

A pyramidal black-mist granite memorial for Congressman Gerald B.H. Solomon, who was instrumental in the national cemetery’s establishment and a proponent of veteran causes, was erected in 2002, the year the cemetery was renamed in his honor.

A granite and bronze memorial was erected in honor of U.S. submariner veterans on Oct. 19, 2002.

The cemetery also has a walkway that features a number of memorials erected by various veterans and fraternal organizations in honor of events and fallen comrades.

The American Veterans (AMVETS) donated a carillon in 1999. 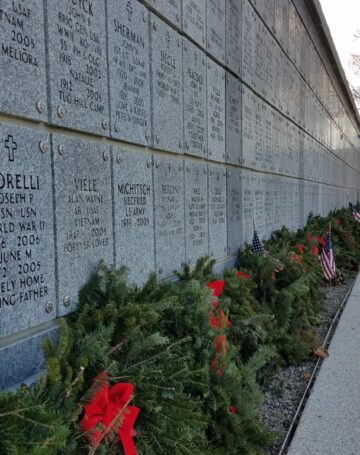 Burial in a national cemetery is open to all members of the armed forces who have met a minimum active duty service requirement and were discharged under conditions other than dishonorable. A Veteran’s spouse, widow or widower, minor dependent children, and under certain conditions, unmarried adult children with disabilities may also be eligible for burial. Eligible spouses and children may be buried even if they predecease the Veteran. Members of the reserve components of the armed forces who die while on active duty or who die while on training duty, or were eligible for retired pay, may also be eligible for burial. 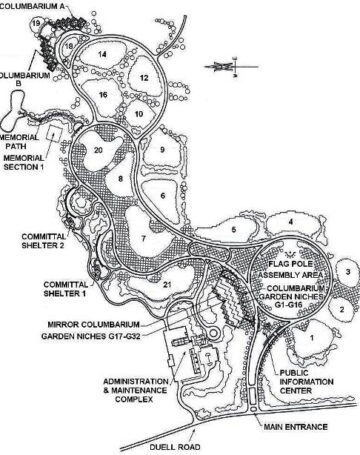